I was asked recently how debouncing works in JavaScript. I knew why I should use it, what it did and that the ES6 helper function I’d been using was short and easy to read through. However I didn’t grasp how it works. Let’s start by taking a look at a commonly used debounce function:

Why you’d want to use debounce

Say you want to detect how far a user has scrolled down a page and, when they reach a certain point, you lazy load an image. You’d bind a scroll listener like so:

The problem here is the quantity of times it’s fired. It will run as many times as the browser chooses run it whilst the user is scrolling. This can be quite taxing for the browser. We should really be enforcing a limit on how often this is run. In comes debounce.

It’s common practice to use either a debounce or throttle to limit the amount of times the browser runs our callback function. The difference being:

If we were to apply our debounce method to the above scroll listener, it would look like this:

Our user would scroll and after they haven’t scrolled for 500 milliseconds, our callback function would run.

The debounce function is actually quite readable. Let’s break it down, starting from the top:

The clearTimeout method is resetting the timeout each time the function is called. Finally, if the function is NOT called within the wait amount of time then our callback method will finally be called.

In the context of setTimeout, every iteration brings the method running inside of it to the top of the execution stack. When it runs, it creates its own execution context.

You might see why you may have a scoping issue here: this would not reference the initial context it was called from; it would instead reference its current execution context.

Fortunately in ES6, arrow functions use ‘lexical scoping’ (which basically means it uses this from the surrounding code). We can keep the scope of our original scope by passing it a reference to the execution context that we called it from.

While the debounce function itself is only 8 lines long, it covers a lot of different concepts. It’s easy to read through but is harder understand exactly how it works. 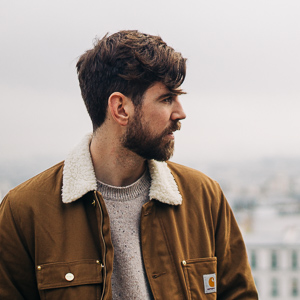 Welcome to my space on the internet where I write about development topics that interest me.